It is a perplexing demon that seeps into the lives of even the most innocent. A tar-like dragon that rears its maw, and devours our hope. It attacks the ones we love the most, and it tears us from them, unceremoniously. In a year that’s already started off with many of our beloved musicians and actors succumbing to cancer, I wanted to take the time to share a game that truly evokes the challenges that cancer brings with it. I hope that the personal story of developers, Ryan and Amy Green, touches you and moves you to be inspired as it has me. 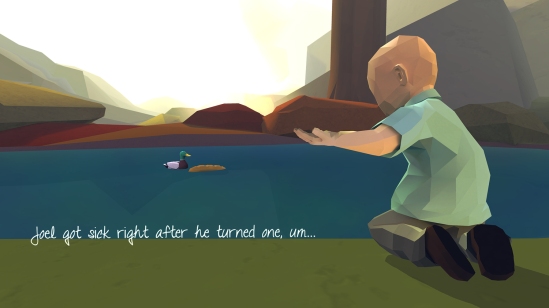 I had been following the developers of That Dragon, Cancer since they started their Kickstarter campaign for the game back in 2014. I was immediately drawn to the personal story and emotional love letter that the Green family had created for their son. It tells the emotional journey of their family as they dealt with the devastating news that their son, Joel, was diagnosed with AT/RT. An aggressive form of brain tumor that would require tireless hours of care to try and combat, when he was only one. 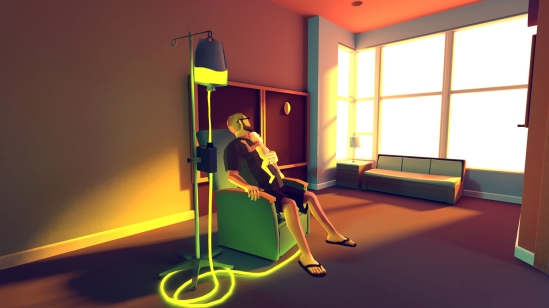 In March of 2014, Joel passed away. In the wake of this tragedy, The Green Family made it through with faith and hope. They decided that the best way to honor their son was to share with the world their personal journey: the joys, the falls, the faith, and the feels. It’s all present, and I can’t even begin to express how beautiful I think this game is. It’s not just a game, and so I can’t rate it as I would others.

This is a family’s journey.

A way to give hope to those who are also dealing with these ordeals in life.

A look at faith, family, and much more.

I could go on and discuss the game mechanically, visually – the surrealist artistry of how you take this journey through a series of emotional mini-games, but I won’t. I can’t say enough about this game. It’s breaking the boundaries of what we consider “classic” game motifs. That Dragon, Cancer, defies AAA titles and states that games can be far more evocative than developers had ever imagined. Ryan and Amy, I am honored to have played your game and it brought me to tears. Your devotion and faith is astounding and That Dragon, Cancer should be seen/played/heard by as many people as possible.

In an era where cancer is devouring, you are bringing faith and hope back to people. Your family is showing that, even in times of deep distress, faith can change anger into hope.

I highly recommend you pick this game up. It was released on January 12th, which would have been Joel’s 7th birthday. It’s currently on Steam, PC, and Ouya for $14.99. It’s one of the most beautiful expressions of love, hope, and faith that I’ve ever seen in gaming and I hope that, through their testimonial, we’ll be able to finally shed light unto that Dragon’s lair – and end cancer, and it’s hoard, once and for all.

Now, I’m going to eat pancakes in honor of Joel, as I wipe my tears from my face.